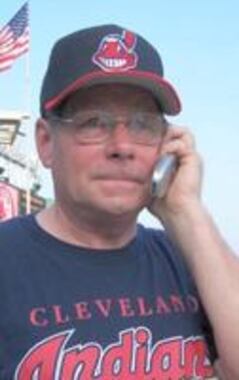 Back to William's story

Born in Amesbury, May 26, 1947, he was one of seven children of the late John L. and Regina (Gosselin) Harnois and was a graduate of Pentucket Regional High School.

Shortly after graduating from high school he was inducted into the United States Army, proudly serving from November 15, 1966, until his honorable discharge on November 7, 1968, as a Specialist 4th Grade.

He moved to Ohio in the 1970s where he did some long haul trucking and gas station repair for a few years, then started a longtime career in funeral service. He worked for the Boyer & Cool Home for Funerals in Lorain, Ohio, until September, 2004, when he decided to return to West Newbury. By December, 2004, he became part of the Paul C. Rogers Family Funeral Homes, working as a licensed funeral service assistant for the next 15 years. "Billy," as he was known by many, was a hard working man, very conscientious and extremely dedicated. He never shied away from work, it was his driving force, right to the very end. Billy made trips back to Ohio on a regular basis to maintain the friendships he made with the Boyer & Cool family. Unfortunately he never made the trip he had planned for October, 2019.

He leaves behind his siblings, Paul A. Harnois and wife Peggie of West Newbury, John L. "Jack" Harnois Jr. and wife Nancy of Sterling, Va., Alice Jones of Athens, Texas, and Mary Ellen Hubley, recently of Georgetown and former longtime West Newbury resident; along with several generations of nieces and nephews, extended family members, dear friends, and his second family at Rogers Family Funeral Home. Along with his parents, Billy was predeceased by his sister, Alaine M. Harnois on June 21, 2014, and his brother, James R. "Jim" Harnois on June 24, 2019.

His parting has left a great void in many hearts, but the memories he has left behind will continue to fill that void because he will never be forgotten by those who knew and loved him so dearly.


Visiting hours will be held Wednesday, February 12, 2020, from 3 to 6 p.m., at the Elliott, Woodworth & Rogers Family Funeral Home, 35 Green Street, Newburyport. Springtime services and burial will be private for the family. In lieu of flowers, please consider making a donation in his memory to the West Newbury Senior Center, 381 Main Street, West Newbury, MA 01985.
Published on February 11, 2020
To send flowers to the family of William D. Harnois, please visit Tribute Store.

Send flowers
in memory of William

A place to share condolences and memories.
The guestbook expires on May 10, 2020.

Susan David
Thought of in goodness as he always was a kind happy man...may he be at rest
Susan David
Condolences to Billy and many while being lots of fun working and friendly with family happiness.
Janice Davidson
My sincere condolences to the family. May he Rest In Peace ❤️
View all