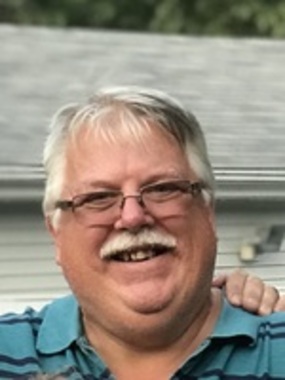 Back to Steven's story

Raymond, NH - Steven C. Cote Sr., passed away suddenly on December 3, 2019, at the Elliot Hospital in Manchester, N.H. He was born in Norwich, Conn., the son of the late Alfred and Thurla May Helen (Parker) Cote.
A resident of Raymond since 2001, he formerly lived in Amesbury, Mass., where he spent many years coaching youth football. He served in the United States Marine Corps from 1977-1981 and was employed for almost 24 years as an aerospace engineer for Berkshire Manufacturing.
An antique and muscle car enthusiast, Steven was a skilled neighborhood mechanic always willing to help others with his talents. He was a loving husband, father and grandfather.
He is survived by his wife of 36 years, Heidi Lynn Cote of Raymond, N.H.; three sons, David A. Cote of Hooksett, N.H., Jeffrey P. Cote of Raymond, N.H., and Steven C. Cote Jr. of Raymond, N.H.; his grandson Wyatt Cote; and another grandchild on the way; four sisters, Janice Labrie, Carol Brooks, Karen Credit-Cote, and Cindy Forde; two brothers Michael Cote and Larry Cote; and many nieces and nephews.
He was predeceased by his sister Mary Sue Sousa.

Plant a tree in memory
of Steven

A place to share condolences and memories.
The guestbook expires on March 08, 2020.

Nina Cox
My thoughts and prayers are with you all during this difficult time. I'm still in disbelief. I've known Steve since I was a little girl, playing with the boys. We'd fall in and out of touch throughout the years. Not even 2 weeks ago I thought about you guys, found you on Facebook and now he's gone. Heidi, David, Jeff and Stephen, I can't imagine what you're going through and I wish I could be there to help ease the pain. Even after all these years, I can still hear his laughter. Hugs, kisses and love to you all
Robert Schou
So sad to hear all this he was such an awesome and wonderful person. I became such great friends with his sons and loved going to his house for the fourth of July he will be greatly missed until we meet again big papa Steve fly high buddy!!!
Vickie McCassie
Our family have such fond memories of Steve and his entire family. Jon spent many nights with the boys and Steve. So sorry for your loss. I know Jon was there to meet him. 😇❤️
Jan Reynolds
Steve was the first person to welcome me to Berkshire. He was kind, had a wonderful sense of humor & shared family stories with me. We had many great conversations. My sincere thoughts & sympathy to Heidi & family at this difficult time.
View all