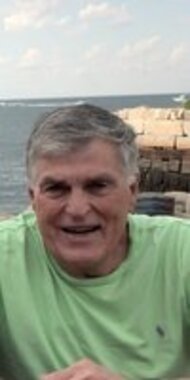 Back to Richard's story

Born in Salem, Mass., on Jan. 19, 1945, he was the son of his late parents Robert C. Murray and Marjorie (Ford) Murray Eskenas. Rick grew up in Danvers, Mass. He spent his high school years in Vermont where he attended Lyndon Institute in Lyndonville, Vt., graduating in 1963. He remembered those years with great fondness. His love of skiing, fostered in his early years by his aunt and uncle who were avid skiers, was reinforced by his high school experience in Vermont. Following high school. Rick attended Northeastern University and graduated with a degree in Business Administration in 1969.

After serving in the United States Army as a combat engineer from 1969-1971, Rick worked in the field of Information Technology sales throughout his career. He worked for Digital Equipment Corporation for a number of years, as well as for affiliates of Wang, IBM, and a few smaller enterprises, retiring in 2006. His lively, gregarious personality and ability to engage with people served him well in these roles. His sons recall him being able to strike up a conversation with anyone, anywhere.

Rick loved being on the water, something gained from childhood experiences with his father who was an avid boater. He belonged to the American Yacht Club in Newburyport for several years and particularly enjoyed the challenge and peace of sailing. He also spent many hours with his family on the water in smaller boats on Plum Island Sound and its nearby rivers and creeks. He greatly enjoyed the environment and wildlife of the marshes surrounding his home on Pine Island in Newbury. Since retirement, traveling with his wife Mary was a pleasure he greatly enjoyed. Trips throughout Europe and Britain were favorites, but he especially loved traveling to Ireland and visiting his wife's relatives there.

As a much-loved husband, father, grandfather, brother, cousin, brother-in-law and uncle, Rick will be remembered by his immediate and extended family as a highly generous, caring, big-hearted and gentle man with a "wicked" sense of humor who often had everyone laughing. Family meant everything to him. His passing leaves a huge void in their lives. He will forever be missed by his beloved wife of 52 years, Mary of Newbury, Mass.; son Josh Murray and wife Erin and grandsons Callum and Bailey of Somerville, Mass.; son Nate Murray of San Francisco, Calif., and brother Christopher Murray of Pinellas Park, Fla., as well as his cousins, many sisters and brothers-in-law and nieces and nephews.
Friends and relatives are invited to attend a memorial service in celebration of Rick's life planned for Thurs., Nov. 7, at 2:30 p.m., at the Elliott, Woodworth and Rogers Funeral Home, 35 Green St., Newburyport, MA. In lieu of flowers please make a donation in Rick's name to either the Alzheimer's Association of Massachusetts and N.H., 309 Waverley Oaks Rd., Waltham, MA 02452, or the Kaplan Family Hospice, 78 Liberty St., Danvers, MA 01923.
Published on November 4, 2019
To plant a tree in memory of Richard E. Murray, please visit Tribute Store.

Plant a tree in memory
of Richard

A place to share condolences and memories.
The guestbook expires on February 02, 2020.