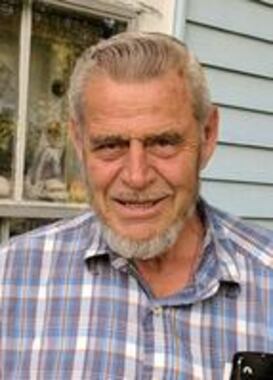 Back to Richard's story

West Newbury, MA - Richard N. Marchand, Sr., age 82, lifelong resident of West Newbury, passed after a short period of declining health, at the Holy Family Hospital of the Merrimack Valley, in Haverhill, with loved ones by his side. He was the devoted husband of 53 years to the late Edrie M. (Verombeck) Marchand, who died September 26, 2012.
Born in West Newbury, August 2, 1937, he was one of six children of the late Joseph A. and Rita (Marceau) Marchand and grauated from Central School in West Newbury.
Richard, known by many as "Rick", proudly served four years with the United States Navy from 1957 until his honorable discharge in 1961.
For some years Rick had worked for the Acme Vault Company in Groveland, and in the early 1980's he took the position of Cemetery Superintendent at Oak Hill Cemetery, for the next 30 plus years, as well as being the superintendent of the South Byfield Cemetery in Georgetown, the Newburyport Hebrew Cemetery in Salisbury and the Bridge Street Cemetery in West Newbury. He remained active with these cemeteries right up to the time of his passing. He was no stranger to hard work, he actually welcomed it and made it part of his everyday life.
Rick was an avid sports fan, especially keen on the New England Patriots and the Boston Red Sox, enjoyed his morning cup of coffee and breakfast at Connie's Stagecoach in Salisbury on a regular basis, loved playing 45's and trips to Foxwoods, and above all else, was dedicated to his family. It was his grandchildren and great-grandchildren who held a very special place in his heart. He was their Superman, their Hero, enjoying each others company to the max.
Memories of a life well-lived, well-laughed, and well loved, will forever be remembered by his daughter, Elizabeth "Beth" Marchand; son, Richard N. "Ricky" Marchand, Jr. and wife, Lindsey; former son-in-law, Mike; Cynthia, whom he thought of as a daughter; many grandchildren including, Sean, Alexa, Owen, Sam and Tim; many great-grandchildren including, Jayden, Aurora and Kyson; his sister, Leonette "Lee" Andrukaitis, along with extended family and dear friends. In addition to his parents and his wife, he was predeceased by a daughter, Suzanne Vondal, a son, George Vincent, two brothers, Paul and Robert Marchand, and two sisters, Lorraine Salas and Claire Hitafier.
Visiting hours at the Highland Chapel of Paul C. Rogers Family Funeral Home, 2 Hillside Avenue, Amesbury, will be Tuesday, December 10, 2019 from 4 to 8 p.m. Burial in Bridge Street Cemetery, West Newbury will be private for the family.
Published on December 7, 2019
To plant a tree in memory of Richard N. Marchand, Sr., please visit Tribute Store.

Plant a tree in memory
of Richard

A place to share condolences and memories.
The guestbook expires on March 05, 2020.

Jennifer Lagasse
Hi Dad! I enjoyed your company to and from the Boston Hospital every month and my treating you to dinner each time! I loved our talks and am sorry Beth wouldn’t allow Kirah and me to attend your calling hours. We (Kirah and I) love and miss you! 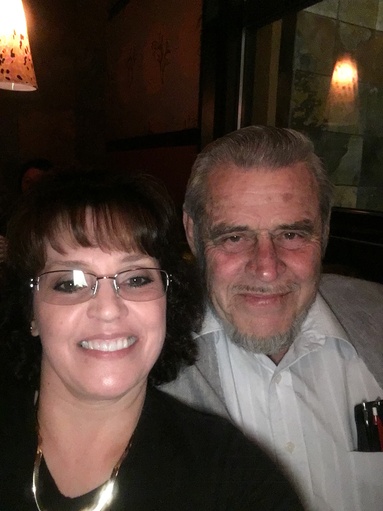 Peter J. Charron, Sr.
My sincere sympathy to the family. I was always impressed with the dedication, pride & perfection he put into digging a grave. I recall once, many years ago, he was digging a double deep grave (by hand) I had gone to "scope out" the route for the cortege the next day....as I stood near the top of the grave (knowing not to get too close) he looked up & said "You know, Pete....it is darn scary being this deep!"
Such a nice man!
May he rest in peace.
Gage and Kristin Kelly

We are deeply saddened by your loss. Rick was a wonderful man and will be greatly missed by all of us who knew him. Our thoughts and prayers are with all of you at this sad time.