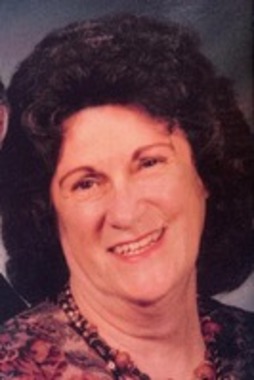 Back to Rachel's story

Merrimac - Rachel D. (Beaulieu) Carey, 82, wife of the late John E. Carey, passed away February 6, 2020, at her son's home with her loving family by her side.
Born in Methuen, she was the daughter of the late Wilfrid and Leda (Gagnon) Beaulieu. Raised and educated in Methuen, she attended St. Mary's School in Methuen. Rachel was employed as an assembler for the Bailey Corporation in Seabrook, N.H. She married her husband John on September 7, 1959, raised her family and resided in Merrimac for over 55 years. She welcomed everyone to her home and her house was the gathering place for her five boys' friends. She was affectionately known as "Mom" with the neighborhood children. Rachel was known for her strong faith and for the strength it took to raise five rambunctious boys. With her family, she loved to camp in the White Mountains and enjoyed playing cards. A devoted wife, mother, grandmother, and great-grandmother, she will be missed by all who knew and loved her.
Rachel is survived by her children, Michael W. Carey and his wife Cheryl (Emmells); Timothy W. Carey and his partner Kathleen Hamilton; Patrick J. Carey and his wife Melinda (Plaisted); Daniel J. Carey and his wife Kristine (Blackey); Darren E. Carey and his wife Stacy (Jennings); 10 beloved grandchildren, Rebekah Carey, Joshua Carey, Kyle Carey, Jessica Carey-Burton, Nicole Nadeau, Lyle Thomas "LT" Carey, Cameron Carey, Siera Carey, McKenna Blackey, Lauren Henrickson; eight great-grandchildren, Brody, Cooper, Mason, Charles, Adrianna, Nash, Sophia and Teaghan; sisters-in-law, Mary Jane Beaulieu and Phyllis Beaulieu; and several nieces and nephews. In addition to her husband John, she was predeceased by her brothers, Edward, Emil, Richard and Roland Beaulieu; and sister-in-law Joan Beaulieu.

Family and friends are respectfully invited to attend calling hours on Wedneday, February 12, from 4 to 7 p.m., at the Kevin B. Comeau Funeral Home, 486 Main Street, Haverhill. A memorial funeral Mass will be celebrated on Thursday, February 13, at 11 a.m., in the Holy Redeemer Parish, Church of the Nativity, 4 Green Street, Merrimac. Memorial donations may be made in her memory to Holy Redeemer Parish, 4 Green Street, Merrimac, MA 01860. Please visit Comeau Funeral Home on Facebook, or www.comeaufuneral.com.
Published on February 10, 2020
To send flowers to the family of Rachel D. (Beaulieu) Carey, please visit Tribute Store.

Send flowers
in memory of Rachel

A place to share condolences and memories.
The guestbook expires on August 06, 2020.

Sandy and Paul Katsaros
So sorry to hear about your mother. Our deepest sympathy and condolences to the Carey family.
Nancy and Paul Beaulieu

Be My Love Bouquet with Red Roses was purchased for the family of Rachel D. (Beaulieu) Carey by Nancy and Paul Beaulieu.  Send flowers

Donna Stefanile
Darren, Stacy and family. So sorry to hear about your mother,. Our thoughts and prayers are with you all during this sad time. Donna and Jim Stefanile
View all