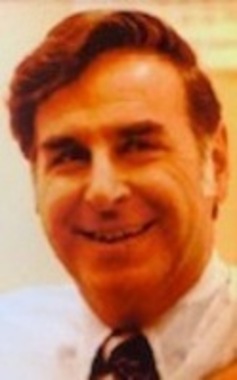 Back to Peter's story

Newburyport, MA - Peter E. Mamakos, 89, of Newburyport, died peacefully in his sleep on Tuesday, January 14, 2020.
Peter was born and raised in Boston, MA, son of the late Emanuel and Angela (Moraites) Mamakos.
Educated in the Boston Public Schools, Peter attended the Wentworth institute of Technology. Peter was a proud Marine, having served in the Korean War from January 18, 1952, to December 11, 1953. After retiring at the age of 62 from a career as an Electrical Designer, Peter worked for 18 years at Lynch's Pharmacy in Newburyport.
Peter and his wife of 62 years, Anna (Janos) Mamakos, lived and raised their family in Amesbury until moving to Newburyport over a decade ago. He was an avid history buff, and enjoyed reading any nonfiction book about the Marines and World War II. He loved taking his family on road trips for summer vacation, travelling up and down the East Coast and into Canada. He and his wife also enjoyed their 15 winters on the East Coast of Florida, particularly their time in Miami, Ormond Beach, and Dania Beach visiting family and friends. Peter loved to tell stories about the good old days, and was always ready with a one liner or a joke.
In addition to his parents, Peter was pre-deceased by his sister Bessie Pangakis, his brothers Anthony, Charles and John, as well as his son Michael.
He is survived by his wife, Anna, his daughter, Cathy and her fiancé, Paul Johnson, sister-in-law, Mary Mamakos, daughter-in-law Kara (Stehlin) Mamakos, and the apples of his eye, his grandchildren, James and Elianna Mamakos. He is also survived by many nieces, nephews, cousins and friends. He will be greatly missed by all, including the Smith/Cassavaugh family, his Heritage House friends, and his girlfriends at the Provident Bank in Newburyport, CVS on Pond St., and Market Basket Newburyport.
Arrangements: A calling hour and funeral service will be held at the Annunciation Greek Orthodox Church in Newburyport on January 23, 2020, from 11:30 to 12:30 p.m, with the funeral service immediately following. Burial will be at a later date.
In lieu of flowers, memorial gifts may be made to Annunciation Greek Orthodox Church, 7 Harris St, Newburyport, MA, 01950, or The Pettengill House, Inc, 21 Water St., Suite 4A, Amesbury, MA 01913. Arrangements are by the E.V. Jutras & Sons Funeral Home in Amesbury.
Published on January 18, 2020
To plant a tree in memory of Peter E. Mamakos, please visit Tribute Store.

Plant a tree in memory
of Peter

Our hearts are deeply saddened by the death of Peter. He always had such a great smile and could make you laugh all the time. He loved his family and we had some great family gatherings. We will miss him

Maria Ververis
I am saddened to hear about Peter’s passing. He had the biggest heart. A kind man. My condolences to the entire family. His parents were my godparents. Great people. Miss them Love, Maria
Wendy Smith and family
Mamakos family my thoughts and prayers are with you. A great man that will be missed.
Carl & Joanne Johnson
So sorry to hear of Peter’s passing. He was a great man, with a caring and giving heart. The strength, love and support that you are giving one another at such a difficult time, speaks to how much Peter gave of himself to you and the world. ✌🏻❤️ Carl & Joanne
View all