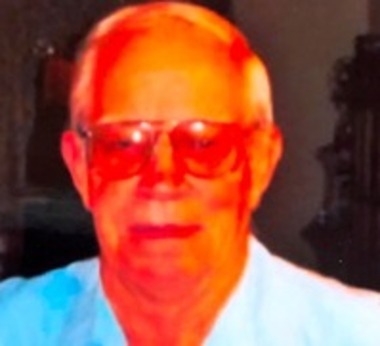 Back to Peter's story

Rowley - Peter John Ehlers, 79, of Rowley, Mass., passed away peacefully on January 20, 2020, at Langdon Place of Exeter, New Hampshire. "Mr. Pete," as he was affectionately known by friends and family, was born on May 9, 1940, in Fergus Falls, Minnesota, to John O. Ehlers and Dagney E. Ehlers, née Sageng. At an early age, Mr. Pete demonstrated a considerable aptitude in music and athletics, graduating from Barrett High School as a state recognized trombone player and letterman. Soon after graduation, he left the family farm to enlist in the United States Army, but ever the aeronautic daredevil, he became a member of the 82nd Airborne Division. Pete met the love of his life, Cheryl R. Cutt, after returning from service, and wed on April 15, 1967, at First Presbyterian Church of Hallock, Minn. Pete's other keen interest in deciphering the mechanical function of things developed into an early career as an itinerant worker with the Iron-workers union, traveling throughout the Midwest to union projects. Despite the demands of his early vocation, he always prioritized the well-being of his family, who at that time resided in Bismarck, North Dakota. He continued to develop his career within the steel industry as a critical operative on the construction of a number of industrial complexes throughout the Upper Midwest, terminating most notably as a project manager of coal gasification plant in Beulah, North Dakota. Always searching for the next great horizon, he journeyed to Diego Garica of the Chagos Archipelago to supervise the construction of a component to a military installation. Afterwards, Pete, with his wife, Cherly, temporarily moved to Vilamoura, Portugal, to pursue a facility supervisor position at a copper/tine mine. In 1990, Pete and Cheryl returned stateside, where he continued to employ his skills as a construction specialist with the Boston Harbour Cleanup project at Deer Island and a freshwater treatment facility in Marlborough, Mass.. In Rowley, Mass., Pete and Cherly bought a few acres of land and built a house of his own design; a home that acted as a beloved gathering for their close friends and immediate family. As Pete neared retirement, he applied his extensive knowledge of heavy construction systems by consulting on a great variety of projects, but throughout his life's journeys, he ultimately enjoyed the fraternity of the local VFW (to which he was president), time spent with family on Shazti I, a boat of storied proportion, and the wild of a West Yellowstone winter as experienced on the back of snowmobile. And, of course, traveling out to the horizon's end on his Honda Goldwing motorcycle. Pete is preceded in death by his mother, Dagny E. Ehlers; his father, John O. Ehlers; and his sisters, Joan C. Banken and Kathrine E. Nigro. Pete is survived by his wife, Cherly R. Ehlers; his sons, Shane M. (Mary) Ehlers and Shelley R. (Pia) Ehlers; his daughter, Jennifer A. (Keith) Hembre and her family; his grandchildren Easton J. Ehlers, Christian Ehlers, Hannah Ehlers and Travers H. Doane, Erica M. Dewitt and his brother, Steven P. Ehlers.
Funeral service will be held on Friday, January 24, 2020, at 11 a.m., at the F. S. Roberts & Son Funeral Home, 14 Independent Street, Rowley, MA. Calling hours will be held on Thursday, January 23, from 4 to 8 p.m. Burial will be at Main Street Cemetery, Rowley. To sign the guestbook or leave a message of condolence, please visit www.fsrobertsandson.com.
Published on January 22, 2020
To plant a tree in memory of Peter J. Ehlers, please visit Tribute Store.

Plant a tree in memory
of Peter

A place to share condolences and memories.
The guestbook expires on April 20, 2020.