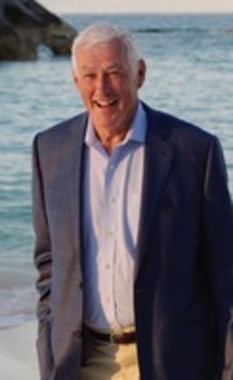 Back to Paul's story

St. Helena Island (Dataw), SC - Paul Leo Lufkin, passed away on January 10, 2020, in St. Helena Island (Dataw), S.C.
Born in Gloucester, Mass., on January 2, 1942, Paul played hockey at Gloucester High School and then Deerfield Academy (1960). He received a scholarship to play hockey at Boston College, where they played in the 1963 Frozen Four. In 1965, he played on the U.S. National Team, before enlisting into the U.S. Marine Corps. He served in the 1st Division and in the Vietnam War from 1965-66. During his tenure, he received many national medals and commemorative honors. Paul retired as a Captain USMC in 1967.
After serving his country, he coached at several highly distinguished schools and universities. From 1971-72, he was the Freshman Hockey and Golf Coach at Princeton University and Head Coach at Yale University from 1972-76. Paul was head Hockey coach at Deerfield Academy and Choate Rosemary Hall, taking the 1977-78 Team to their only undefeated season, now recognized in the Choate Athletic Hall of Fame. While coaching, Paul was a scout for the Edmonton Oilers and a TV Analyst for the NY Islanders.
He entered motorsports in 1979, developing programs for many legendary race teams in CART, Formula 1 and NASCAR. In 1992 he won the Indianapolis 500 with driver Al Unser Jr., and Galles Racing. As a sports agent, he worked for IMG in Cleveland, Bob Woolf in Boston, representing athletes and global sports properties.
For 20 years he was principal of Lufkin & Associates. During these years, Paul also co-chaired the committee to build the Veterans Memorial at Boston College. In 2015 and he was also inducted into the Gloucester High School Hall of Fame, joining his younger brother Tom Lufkin. His final hockey accomplishment was to receive the Level 5 coaching certification. Paul never lost his love for hockey, serving on the USA Hockey Marketing Council for over 17 years; he treasured the friendships he made as player, coach, agent, advisor, and hockey dad.
In 2019, he retired to Dataw Island, S.C., playing golf, meeting new friends, visiting with his grandchildren and sharing many special moments with his wife, Marylou. Paul leaves behind Marylou; a sister Patricia, his five sons, Daniel, Drew, Richard, Adam and James Lufkin; his wife from a previous marriage, Elizabeth; and his four grandchildren, Allie, Anabelle, Whitfield and Leo Lufkin. Paul enjoyed a beautiful, happy, and extended family.
A service for Paul will be held at St. Ann's Church in Gloucester, Mass., on February 15, 2020, at 9:30 a.m. Reception to follow. In lieu of flowers, please send donations to St. Jude Children's Research Hospital (www.stjude.org/donate).
Published on January 22, 2020
To plant a tree in memory of Paul Leo Lufkin, please visit Tribute Store.

Plant a tree in memory
of Paul

A place to share condolences and memories.
The guestbook expires on April 20, 2020.

Peter W Bragdon
Paul was always a class act in victory and defeat -- I coached against him when he was coach of the Princeton Freshmen, Deerfield and Choate. He honored the game and his players. He will be missed.
John Moore
I just learned of Coach Lufkin’s passing. I haven’t seen him in almost 50 years and only knew him for a couple of years at that. But when I learned that he had passed, it’s as though the lights went out and the air sucked out of the room. I was a high school senior and Coach invited me to dry land training and then skate with his Princeton freshman team. I’ll never forget his positive, warm and uplifting personality. I felt like I really mattered to him even though I was not a legit part of his team. I know everyone on his team loved him too. I then traveled to Europe and Scandinavia as part of a hockey group he invited. We had a blast playing hockey and seeing the sights. He manag...ed to be one of the guys but also commanded total respect as our coach and mentor. My heart goes out to his wife, sons and extended family. He was and is one heck of a great man.Read more
Don Blue
Paul changed my life. He recruited me to play hockey at Yale and I am forever grateful. We had a wonderful freshman team and I then had the opportunity to play for coach as a sophomore. Thank you for everything coach.
Jim mullen
The Lufkin family were special. Teammate of Paul and Tommy at BC. Paul was instrumental in my joining the Marine Corp. Semper Fi, will miss Paul's engaging personality and laugh! And how could we not forget the good times at sea with Swaney. Proud to be called his friend.
Jack Mula
Worked with Paul at Bob Woolf Associates. Shared many laughs and learned life lessons with this tough yet kind hearted gentleman. An innovator, a mentor to many and a friend indeed. Condolences to his wonderful family.
Fred Flavin
Friend, mentor, teammate, my roommates brother, veteran, we all had wonderful times at B.C. Paul, say hi to Tommy for me.
Jennifer Marsh Mckean
Sending lots of love to Paul’s family as I know what a special guy he was through hearing about him from my father- his good friend and BC room mate❤️❤️❤️✨
Chris Hodgson
BC hockey, US National team. Marine. First Division in Vietnam. Father to a great family. We forgive him for going to Deerfield. He was always great with me, coached us for two years at Choate, including our undefeated season. Thanks for everything Coach! Just an impressive man, so sorry for your loss.
Your Fripp Island POA Family

Gracious Lavender Basket was purchased for the family of Paul Leo Lufkin by Your Fripp Island POA Family.  Send flowers

John Stadtler
Paul and I met freshman year at Boston College. He convinced me to become varsity ice hockey manager which I was for 4 years. Paul was a strong skater and natural leader.
He and I received our commission in the U.S. Marine Corps after graduation and served at the same time in Vietnam.
Semper Fi and God Bless, John
Doug Taylor
I'm dating myself but I remember EJ Breen and Dave Duffey. I will also never forget the enormous assistance Paul was to my life/career. A debt that I cannot repay.
View all