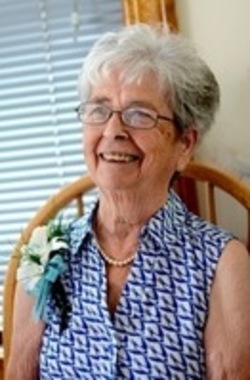 Back to Patricia's story

Newbury - Patrica (Andrews) LeBuff, 87, died Thursday afternoon February 13, 2020, at Port Healthcare Center in Newburyport. She was born on March 24, 1932, in Ipswich, Mass., to the late George and Edna (Roperscales) Andrews. She was a graduate of Newburyport High School class of 1950. Shortly after her graduation she married Charles Norman LeBuff and the couple enjoyed 63 years of marriage until his death in 2016.
Patrica was primarily a homemaker as taking care of her family gave her the most joy. She was employed for a time at the former Rupert-Rhodes Shirt Factory in Newburyport, and at Governor Dummer Academy. She was a volunteer for Among Friends at St. Paul's Episcopal Church in Newburyport for many years.
In her younger years Patrica enjoyed going to dances with her husband Charles at many of the local venues.
Patricia is survived by her children, Charlie LeBuff and his wife Robyn of Newburyport, Lisa Knight and her husband Stephen of Tenn., and George LeBuff and his wife Faye of Newburyport; grandchildren, Haley Proto and her husband Justin, Brianne LeBuff, Stephen Knight, Jessica Knight, and Rebecca Knight; great-grandchildren, Brielle and Weston Proto; sisters, Sheila Powers of Danvers and Sally Murray of Newburyport; as well as nephews, Phillip, Peter, Jeffrey, and Andrew Gimbal.
Family and friends may call from 5 to 8 p.m. on Tuesday, February 18, 2020, at the Twomey, LeBlanc, & Conte Funeral Home, 193 High St., Newburyport, MA 01950. THERE IS NO LONGER ANY PARKING AVAILABLE BEHIND THE FUNERAL HOME PER ORDER OF THE CITY OF NEWBURYPORT. Her funeral service will be held in the funeral home at 11 a.m. on Wednesday, February 19, 2020, followed by burial at Belleville Cemetery in Newburyport.
In lieu of flowers memorial contributions may be made in Patricia's name to Among Friends, St. Paul's Episcopal Church, 166 High St., Newburyport, MA 01950.
For directions or to offer online condolences, please visit www.tlcfuneralhome.com.
Published on February 17, 2020
To plant a tree in memory of Patricia (Andrews) LeBuff, please visit Tribute Store.

Plant a tree in memory
of Patricia

A place to share condolences and memories.
The guestbook expires on May 16, 2020.

Deb Carbone
We loved Grammy and we will truly miss her smile. Camp, family celebrations, Yankee Homecoming, and many breakfasts are special memories for my family. Grammy was Matthew’s second grandmother. All our love and thoughts go out to your family. Grammy and Grampy are know dancing together❤️
Val Murphy
Grammy was always so full of fun!
I have happy memories of her when we would go to breakfast or out for an ice cream. Yankee Homecoming Parades and parties! Thank you to Lisa and Steven for including Mark and I.
I am so glad to have known such a special lady!
Karen Fitzgerald Timmons

So sorry for your loss thoughts and prayers are with you all.

Steve and Joanne Reed
So sorry for your loss. Grammy was a great lady . Loved her sense of humor Our prayers are with your family.
Pam Rankin
Lisa, I am so sorry. I enjoyed meeting and volunteering with your Mom. She was a special person.
View all 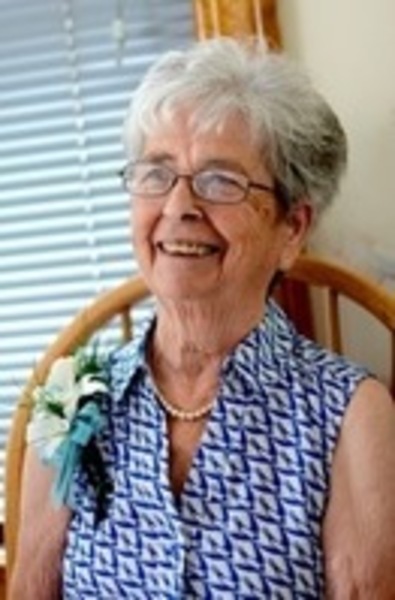