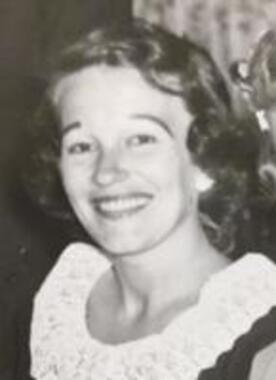 Back to Margaret's story

Newburyport, MA - Margaret A. "Peg" (Cavanagh) Rice, 88, died unexpectedly in her home on Tuesday, February 4, 2020. The Empire State Building was not the only New York landmark to arrive in 1931. Peg was born the same year and, with her refined character, stood even taller. She was born on a warm spring day on April 22 to Nora (Conroy) Cavanagh and Thomas Cavanagh in Garden City, Long Island, New York. Little "Peggy Ann," their first born, was the apple of their eye.
Peg, a proud graduate of Garden City High School, began her career working on Park Avenue for one of the leading national Advertising Agencies, Kenyon & Eckhardt. This was a highlight of her young career as she basked in the hustle and bustle of the city. Peg was also employed as an Account Executive by Microfab, Amesbury, Mass., and Applied Circuits, Haverhill, Mass., before retiring.
Peg was in her early 20s when, on a blind date, this brown-eyed beauty met a handsome Irishman named Teddy Rice. They married shortly after but not before a whirlwind courtship brought them partying and dancing through the Jazz clubs of New York City.
Five children later, Peg became a faithful and supportive wife, and a caring and loving mother. She had a silent strength, one that would guide her and steady her through life. Peg carried this strength with much elegance and grace. All that met her universally proclaimed that "Peg Rice was the epitome of a lady." Peg felt strongly about her civic duty. She was the President of the PTA for the Brown and Jackman schools in Newburyport where she started the first hot lunch program. Peg also served on the Boards of Turning Point and the League of Women Voters, taught Sunday school, and volunteered on many local mayoral campaigns.
She was a strong independent woman who loved her Irish heritage. Peg also loved being a native New Yorker and enjoyed telling everyone there was no better place in the world than New York City, "If you can make it there, you can make it anywhere..." The avid New York Yankee fan gladly reminded her Massachusetts family and friends about her team's 27 World Series rings.
Peg had a warm and caring spirit. She would constantly think of others and so enjoyed giving presents to people. You knew she was always the smartest person in the room because she never had to cheat at the New York Times crossword puzzle. One did not win often when playing the "Queen of Scrabble" but were gladly given free vocabulary lessons. She showed us how to treat and accept everyone equally. Peg reminded us to "never even your wit" and "always double-check your work."
No one would win more than Peg at Friday night Keno. A week ago, on her last play, she hit $450 on a $2 bet. Get your payouts ready "heaven Keno," Peg Rice is on her way!
Music always beat in Peg's heart. Although she appreciated all genres, traditional Irish and the Big Band music of the 40s and 50s were her favorites. She turned the volume up whenever "Porgy & Bess" and "Rhapsody in Blue" came on the radio.
We will miss her world-renowned spaghetti and meatballs, we will miss playing word games with her, we will miss her laugh, we will miss her twinkling eyes, we will miss everything about her-she was our New York City gal, she was our hero. Let our hearts smile for her. We love you Peg!
Peg's friends meant the world to her but her family was her life. Her children Teddy Rice (Gail) Amesbury, Mass.; Noreen (Rice) Dieter (Tom) Loveland, Colo.; Susie Rice (Lisa) Salt Lake City, Utah; Meg Rice Newburyport, Mass.; Beth Rice (Teri) Newburyport, Mass.; grandson Jesse Dieter (Mariah); great-grandchildren, Orion Dieter and Erika Dieter Sanford, N.C.; sister Joan DiBella (Frank) West Union, S.C.; nieces, nephews, cousins and many friends will greatly miss her but will remember and rejoice that our beautiful Peg graced their lives.
Peg will be warmly welcomed by those loved ones who went before her. Her parents, Nora and Tom Cavanagh; her husband and one-true love, Teddy Rice; her wonderful grandson, TC Dieter; little sisters, Renee Schocket and Pat Hargreaves; dear friend, Don Schocket; nephew, Donald Paul (DP) Schocket; great-niece, Becca Weissbard; mother-in-law, Peggy Hughes.
There will be a grand celebration of Peg's life at a later date.
Published on February 10, 2020
To send flowers to the family of Margaret A. "Peg" (Cavanagh) Rice, please visit Tribute Store. 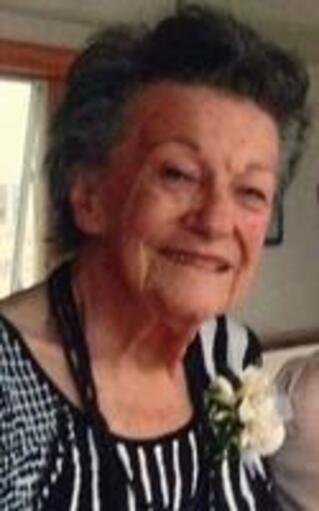 Send flowers
in memory of Margaret

A place to share condolences and memories.
The guestbook expires on May 09, 2020.

Dee Dee (Genest) Frazier
To the Rice family, sending my sincere condolences. What a beautiful tribute to Peg. Remembering many happy memories spent with the Rice family growing up in Boxford. Your mom was always smiling, fun loving and kind. I like to imagine that my parents and your sweet dad met her when she arrived in Heaven and they danced the night away. They sure knew how to have fun, didn't they? I am very sorry for your loss. Keeping you all in my prayers.
Maureen Alexander
My thoughts and prayers are with Rice family.
kathy keegan
Very sorry for your loss. I think I had Peg for a CCD teacher?!
Cathy Mamakos
I was so sorry to hear about Peg’s passing. I have very fond memories of crossing the bridge from Amesbury into Newburyport and hanging out in the Rice home. Keeping the entire family in my thoughts and prayers. May her memory be eternal.
Tracy DeVlaminck
I was so sorry to hear the new of your loss. Please know your family is in my thoughts and prayers.
John Connors
So sorry for your loss.
I will always remember that smile.
We will be home next week.
Linda and John Connors
Michael linsky
to the entire rice family my heart felt condolences to you all had a lot of great times with your mom and dad and I know how much your mom loved you kids one of the nicest family’s I ever met I’m heart broken for all of you may she Rest In Peace Love Michael
Sheila Roy
My thoughts are with you all. Xo
View all