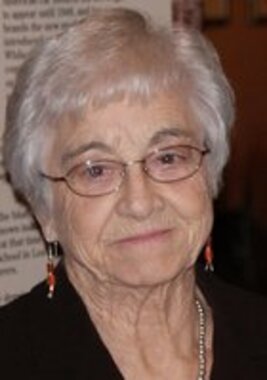 Back to Louise E.'s story

Amesbury, MA - Louise Esther (Burke) Raymond, age 88, of Amesbury, MA, died early Monday morning, February 17, 2020, at Encompass Health Rehabilitation Hospital of New England in Woburn. She was the devoted wife of the late Francis B. Raymond.
Born in Middleton, on June 29, 1931, she was the daughter of the late William and Ora Bell (Chase) Burke and had been a school bus driver for the City of Amesbury for many years.
"Pat", as she was known by many, was very active in her congregation, the Kingdom Hall of Jehovah's Witnesses of Newburyport, for close to 50 years. She was also active in the Amesbury community throughout her life, and in her younger years she lead youth groups on camping trips, and many outdoors activities. In her spare time, she did enjoy playing cards, always looked forward to family gatherings and catching up with the developments in the lives of her grandchildren and great-grandchildren as well as her nieces, nephews and cousins. She held a very special place for them in her heart.
Pat leaves behind a son, Len Raymond and wife Marilyn of Lawrence, MA; two daughters, Karen Gleason and husband James of Cape Coral, FL, and Paula Becker and husband, Robert of Leominster, MA; two brothers, Joseph Burke and wife, Lou of Milton, NH, and Charles "Butchy" of NH; a sister, Shirley Sutherland of Waterford, Conn., along with many generations of nieces, nephews and cousins, and dear friends. In addition to her parents, Pat was predeceased by a son, Kevin A. Raymond; eight brothers, Everett, William, Roy, Eugene, Raymond, Joel, Edward and Wesley Burke; and four sisters, Pearle Sutherland, Ethel Brooks, Delores Kerrivan, and Joan Stevens.
Memorial Services will be held Saturday, February 22, 2020 at 2 p.m. at the Kingdom Hall of Jehovah's Witnesses, 179 Storey Avenue, Newburyport, MA 01950. In lieu of flowers, please consider a donation in her memory be made to Kingdom Hall of Newburyport. Donations in her memory to Homeowner Options for Massachusetts Elders (H.O.M.E.) on 87 Hale Street, Lowell, MA 01851 would also be greatly appreciated. Arrangements are by Paul C. Rogers Family Funeral Home, 2 Hillside Avenue, Amesbury.
Published on February 20, 2020
To plant a tree in memory of Louise E. (Burke) Raymond, please visit Tribute Store.

Plant a tree in memory
of Louise E.

A place to share condolences and memories.
The guestbook expires on May 19, 2020.

Joan Cherbinis Baptiste
Pat was one of the first female drivers Daddy hired. She was always so dependable. Always willing to do more. She was concerned about the little ones she transported back and forth to school. After the company closed, we lost touch but I will always remember her with love in my heart.
Wayne and Alice Hawksworth
Our love and thoughts are with you all...such a big and loving family! We are so thankful to have known and spent time with Pat and Frank...and consequently some of you too. The love Pat had for you all and her many friends and neighbors was always expressed in one way or another. We will miss her...for now... 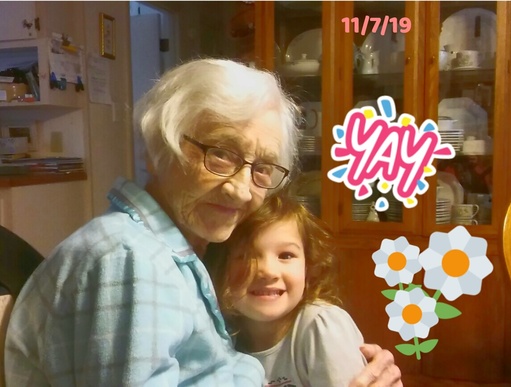 Andy Anderson Jr
Miss you Pat😓
Todd McGrath
Mom was a special lady. The go to for Mr Cherbinis when a firm strong no nonsense reliable dependable hand was required to get us safely to Haverhill . What a great legacy.
Rest easily Mrs Raymond. You did well !
View all 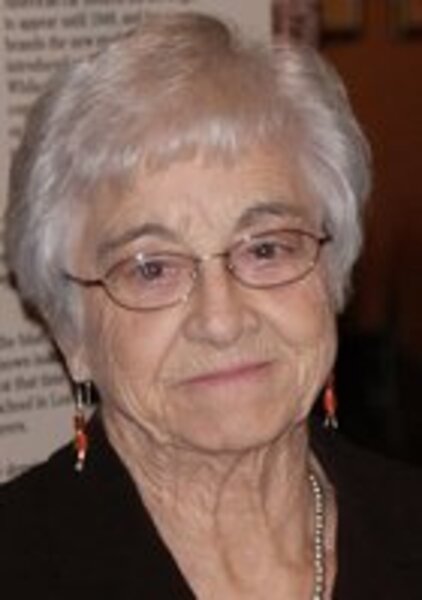