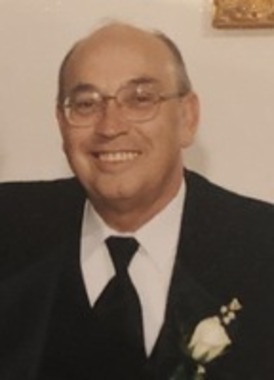 Back to Louis's story

Newburyport - Louis Frank Della Gatta, 73, died Tuesday afternoon February 11, 2020 at his home in Newburyport. He was born in Caivano, Italy on March 1, 1946 to the late Antonio and Guilia (Niscio) Della Gatta. He was raised and educated in Italy until the age of 10 when his family immigrated to the United States, settling in Malden. Where he graduated from Malden High School. During his high school years Louis worked at Roastie's Roast Beef, and it was there that he met the love of his life and future wife Maureen Connelly. The couple married in 1968 and settled in Medford to raise their family. They later moved to Newburyport, Ma where he lived out the rest of his life.
Louis was employed as a Quality Control Manager for Walbar Inc, in Peabody followed by Hansen Engineering in Danvers. He was then employed by Trireme Manufacturing in Topsfield until his retirement in 2017.
Louis was a member of the U.S. Army Reserves, he was also a member of the Newburyport Elks and the Odd Fellows. In his spare time he enjoyed racing cars, fishing, golfing, playing cards, bowling, gardening, and watching his grandson's hockey games. Above all he loved spending time with family and friends especially his grandson, Leo "Poopie-Doo".
Louis is survived by his loving wife, Maureen (Connelly) Della Gatta of Newburyport; daughters, Gina Della Gatta of Merrimac, MA, Christina Della Gatta of Methuen, and her partner, Michael Caouette of RI, and Aliya Della Roosa and her husband, Rodrick of Amesbury; grandson, Leo Chase; siblings, Joseph Della Gatta and his wife, Francesca of Malden, Phyllis Cappuccio and her husband, Aldo of Malden, Vincent Della Gatta and his wife Linda of Malden, Guilia Nazzaro and her husband Paul of North Reading, Anthony Della Gatta and his wife, Patricia of Malden; brother-in-law, Frank Lania; as well and many nieces, nephews, and great nieces and nephews. He was predeceased by his siblings, Cecilia "Dollie" Lania and Thomas Della Gatta and his wife Trudy, and his nephew, David Lania.
Family and friends may call from 2 to 6 p.m. on Sunday February 16, 2020 at the Twomey, LeBlanc, & Conte Funeral Home 193 High St. Newburyport, MA 01950. THERE IS NO LONGER ANY PARKING AVAILABLE BEHIND THE FUNERAL HOME PER ORDER OF THE CITY OF NEWBURYPORT. His Funeral Mass will be celebrated at 10:30 a.m. on Monday February 17, 2020 at Immaculate Conception Church in Newburyport. Burial will be private at a later date.
In lieu of flowers memorial contributions may be made in Louis' name to the Juvenile Diabetes Research Foundation by mail at JDRF 200 Vesey Street, 28th Floor New York, NY 10281, or online at www2.jdrf.org. This foundation is important for hopefully a soon-to-be cure for his Grandson Leo who has type 1 Diabetes.
For directions or to offer online condolences please visit www.tlcfuneralhome.com.
Published on February 13, 2020
To send flowers to the family of Louis Frank Della Gatta, please visit Tribute Store.

Send flowers
in memory of Louis

A place to share condolences and memories.
The guestbook expires on May 12, 2020.

Ralph Benedetti
Dear Maureen,
I was devastated and heartbroken to hear about Louie.
Lou was the best of the best and always made me smile with his warm humor.
Life never seems to go exactly the way we want; but, because of you, your daughters and his vast amount of friends his life was perfect !
Sincerely,
Ralph
View all