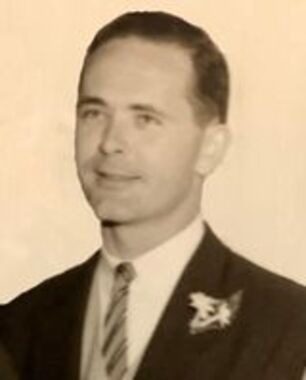 Back to Leonard's story

Georgetown - Leonard F. Perry, age 84, died Saturday, November 30, in hospice care. Len was born in Lynn, Mass., to Doris (Rogers) and Leonard Perry and graduated from Lynn English H.S. in 1954 continuing his studies at Essex Agricultural School majoring in Floriculture. In 1956 he joined the U.S. Marine Corps and served in Washington, D.C. and Jakarta, Indonesia as an Embassy Security Guard attaining the rank of Corporal before his discharge in 1960. In 1961 he married Marguerite Vielbig of Manchester-by-the-Sea and they had four children: Anne, John, Marie and Joseph who died shortly after birth. Residing in Rowley, then Danvers (where Leonard was caretaker of the Historical Society's Endicott Estate) and Georgetown, Leonard was employed by Essex Aggie, Curran's Flowers and Hogan Regional Center, Danvers. After retirement Len was owner/president of Perry's Flowers Inc. in Georgetown where he and Marguerite lived and raised their children, flowers, dogs, cats, rabbits, chickens, swans, geese, and fish. Leonard was an avid outdoorsman and nature lover.
Leonard leaves his wife Marguerite; daughter, Anne Nettles (Mrs. James) of Lady's Island, S.C.; son, John and his wife Mary of Plum Island, Mass.; and daughter, Marie Waitkevich; as well as brothers, Fred and Bruce; sisters, Elaine Jordan and Dottie Johnson; seven grandchildren; and five great-grandchildren. He was predeceased by his sister, Judith Doughty.

Visiting hours will be held at Conte - Giamberardino Funeral Home, 14 Pleasant Street, Georgetown, on Friday, December 13, from 3 to 6 p.m. His Mass of Christian Burial will be held at St. Mary's Church, 94 Andover Street, Georgetown, on Saturday, December 14, at 11 a.m. Burial with military honors will follow in Pine Grove Cemetery, Lynn. For those who wish, Len may be remembered through donations to St. Mary's Parish, 94 Andover Street, Georgetown, MA 01833. For funeral home directions, florists, or to share a memory with Len's family, please visit www.cgfuneralhomegeorgetown.com.
Published on December 11, 2019
To plant a tree in memory of Leonard F. Perry, please visit Tribute Store.

Plant a tree in memory
of Leonard

A place to share condolences and memories.
The guestbook expires on March 09, 2020.

John, Mary and family. Although I never met your father he seemed a great man. If you are any indicator of his good standards, then he was. So sorry of his passing, but he is in good hands. Sincerely, Linda