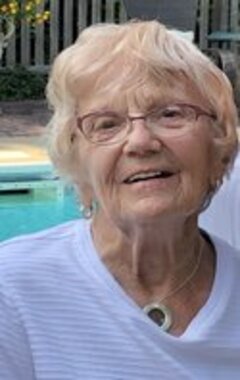 Back to Jean E.'s story

Born in Cincinnati, Ohio, on February 7, 1920, she was the daughter of the late Carl O. and Jeanette M. (Scheid) Diehl. After graduating from Walnut Hills High School, Jean went on to receive a bachelor's degree from the University of Cincinnati in 1942 and had been a member of the Kappa Kappa Gamma sorority since 1939.

Jean and Jack built a home in Columbus, Ohio, where she spent the next 63 years before moving to Newburyport, Mass., six years ago.

She was a former teacher at the Lutheran Ascension Pre-School in Columbus, Ohio. She volunteered with the wonderful children and staff at the Ohio State School for the Blind for 18 years. She was a volunteer at Inniswood Gardens in Westerville, Ohio, for 28 years and for Meals on Wheels for eight years in Columbus.

The Tyler Family would like to thank Atria Merrimack Place for the care given to Jean. Special thanks for the amazing presence of Jeanmarie Chaney and Molly Berning, the grandsons' girlfriend and fiancée, who shared a special bond with Jean and showed her such compassion.

A celebration of life will be held in Columbus, Ohio, at a later date.
Donations in her memory can be made to Shriner's Hospital for Children, the Inniswood Metro Gardens, 940 Hempstead Road, Westerville, OH 43081, or the Best Friends Animal Society. Arrangements are by Elliott, Woodworth & Rogers Family Funeral Home, 35 Green Street, Newburyport.
Published on February 25, 2020
To plant a tree in memory of Jean E. (Diehl) Tyler, please visit Tribute Store.

Plant a tree in memory
of Jean E.

A place to share condolences and memories.
The guestbook expires on May 24, 2020.

Linda Braley
So sorry for your loss, Jean was such a lovely lady! I was her housekeeper at Atria for a few years and we had so much fun! I really loved her spirit! Whenever I went back for a visit, she was first on my list! May she rest in peace!🙏🏼💕
View all 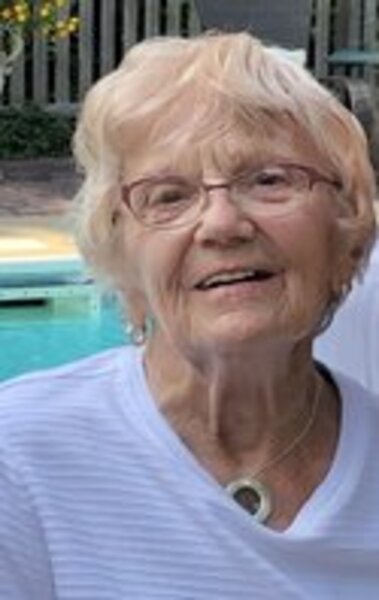