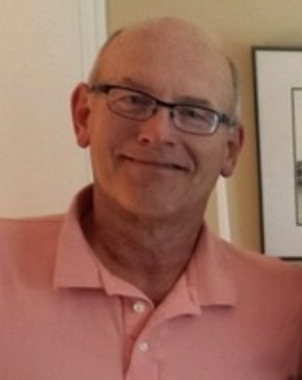 Back to Gregg's story

Newburyport - Gregg Robert Krause, 68, died Monday evening January 13, 2020 at Massachusetts General Hospital in Boston.
He was born in Marion, Indiana on October 2, 1951 to Joanne (Gregg) Krause and the late Louis Krause. Gregg was raised in Lynnfield and was a graduate of Lynnfield High School, Class of 1969. He continued his education at Rensselaer Polytechnic Institute where he played football, was a member of the Theta Chi Fraternity, and graduated with his engineering degree. Following college he was employed as a Manufacturing Engineer in the Aircraft Engine division of General Electric for 38 years until his retirement in 2012.
Gregg was a family man and a consummate host. Whether around the pool, family dinners, or taking the grandchildren to Disney World, nothing gave him more joy than spending time with family and friends. He also enjoyed a nice glass of wine and taking long walks with his wife Sue and his dog Jake.
Gregg and Sue are true soulmates and were constant companions throughout their 43 years of marriage. Whether it was a trip to Market Basket, working in the garden, or taking a river cruise in Europe, Gregg and Sue were always side-by-side.
In addition to his mother, Gregg is survived by his loving wife and best friend Susan (Schaffer) Krause of Newburyport; children, Jeffrey Krause and his wife Emily of Exeter, NH, Joshua Krause and his wife, Allison of Topsfield, and Jessica Damigella and her husband Joseph of Boxford; grandchildren, Ryan, Charlotte, Lucy, Addison, Olivia, and a grandson on the way.
Family and friends are invited to his Funeral Service at 11 a.m. on Tuesday, January 21, 2020 at the Central Congregational Church in Newburyport. Burial will be private at a later date. The Twomey, LeBlanc, & Conte Funeral Home 193 High St. Newburyport, MA 01950 is assisting Mr. Krause's family with his funeral arrangements.
In lieu of flowers, memorial contributions may be made in Gregg's name to the American Heart Association, online at www.heart.org.
To offer online condolences please visit www.tlcfuneralhome.com.
Published on January 18, 2020
To plant a tree in memory of Gregg Robert Krause, please visit Tribute Store.

Plant a tree in memory
of Gregg

Fred Wendt
It was a complete shock when I heard of Gregg's passing. We graduated from Lynnfield HS, class of '69 together. I had just seen him and his wife, Sue, at our 50th class reunion. Gregg and I go way back --- elementary school ... cub scouts, boy scouts, football, double dating... Gregg was a genuinely nice person and he will be missed greatly. Rest in Peace my friend....
Wayne Millen
I was so shocked and saddened to here of Greg's sudden death. I graduated with Greg in the Lynnfield HS Class of '69. We played on the football team together.
I reconnected with Greg (and Susan) a few years ago at an informal high school reunion and then again at our September 50th. We talked quite a bit --although our "old ears" had trouble hearing over the loud background noise!
Greg was a kind, gentle giant of a soul. I will miss seeing his smiling face at future reunions.
My heart goes out to Susan and all of your family during this shocking and painful time.
Gary Sullivan
You will be missed. I enjoyed working with you and our shared interest in art and antiques
Eric Nelson
Greg and I attended Lynnfield High School (LHS) together graduating in 1969. In fact, I last talked with him (and Sue) at the LHS 50th Reunion in September. We had a brief but great chat about 'the good old days' at LHS. We were on the freshman football and basketball teams together and we both vividly recall and joke about the day before the first freshman basketball game. I was scheduled to be the starting center the next day until Greg 'accidentally' tripped me going to the basket and I sprained my ankle missing the first several games of the season. Guess who was the backup center? Anytime we have had the chance, we always crack up at that story.

We also crossed paths via our c...hildren a few times as their daughter Jessica, I believe, played on the Newburyport HS tennis team in the same timeframe as one of our daughters did for Lynnfield. So we bumped into each other a few times standing beside tennis courts at the 2 schools (and we always brought up the basketball story).

Greg was a truly nice guy; I will miss him dearly as I'm sure will many of our fellow LHS classmates.Read more
Ray & Janet Dugdale
To the entire Krause Family,
There's not a nicer gentleman than Greg Krause who is from one of the nicest families on the planet. He will be missed by all who knew him. God bless all of you, you have our deepest sympathy.
Michael Finneran
I’m so sorry to hear of your families loss. I’ve known Gregg since our Hooksett and Lynn day’s he was a co-worker and a friend. We use to play cards at the house in Candia and my wife and I visited the family in Newburyport several times. He was very proud parent and loved his wife very much.
View all