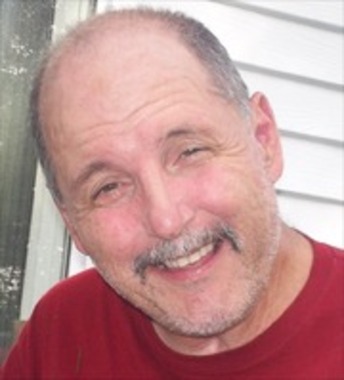 Back to George's story

Seabrook, NH - George B. Langevin, 67, born in Methuen, passed away peacefully in January 2020, surrounded by loved ones. George was the oldest of 5 children. He is survived by his wife, Pam, son, Eric, sisters Dani and Judy, brother Rick, daughter-in-law, Debbie, and grandchildren Roam and Finn. He met his wife, Pam, on the beach when she was 15 and he was 18 and he knew he'd marry her. Once Pam graduated from high school, they were married. George and Pam's love was solid and unwavering; through all of the challenges they faced, their love held strong for 47 years. The mix tape that played nearly constantly in George's truck was one he put together of all the songs that meant something to him and Pam.
At the age of 23, George was victim to a workplace accident and was paralyzed from the neck down. He was told he wasn't going to live, but George defied the odds. Then he was told he'd never walk. Again, he defied all odds. George's trademark stubbornness and absolute commitment to doing things his way saved him again and again. Eventually he'd regain the function of his right side, but not his left. That did not alter or stop the course of George's life. When his son, Eric, was old enough to join the Boy Scouts, George became highly involved as an assistant Scout Master. He influenced the lives of countless young boys, mentored scores of Eagle Scouts, and guided boys through summer camp for 34 consecutive years.
George never faltered, he never sought blame for his paralysis, and he never complained. He was a fiercely independent man who left an indelible mark on the lives of those who knew and loved him. Gardening was one of his passions, and most days he could be found on his riding mower, on his knees pulling weeds, or re-landscaping the beautiful borders of his property. His yard was colorful in all seasons and neighbors frequently stopped by to offer compliments on the beauty it added to the neighborhood.
George was predeceased by his daughter, Tara, and his brother, Robert.
Family and friends are invited to attend calling hours on Monday, January 20th from 4 to 6 p.m. in the Highland Chapel of Paul C. Rogers & Sons Family Funeral Home, 2 Hillside Avenue, Amesbury. A memorial service will be held at 6 p.m. immediately after calling hours. A springtime burial In Union Cemetery in Amesbury will be private. In lieu of flowers or other gifts, the family asks for donations to kindly be sent to Boy Scout Troop 4, C/O Market Street Baptist Church, 37 Market Street, Amesbury Massachusetts, 01913.
Published on January 18, 2020
To plant a tree in memory of George B. Langevin, please visit Tribute Store.

Plant a tree in memory
of George

Cindy Goss
So very sorry to hear of George's passing. He and Pam were great neighbors at Acadia. He always had a smile and positive attitude, and made our little community a nicer place to live.
Aaron Scotch
George was such a wonderful person, I have so many great memories. I'm so thankful for his contributions to the Boy Scouts, and to my own personal growth as a person. He always cared for scouts such as myself, and his pushing and support are some of the biggest reasons I am an Eagle Scout today. Thank you George for all you were, you will be missed.
Barbara Gould
So sorry to hear of George's passing. I worked at Tewksbury Hospital in the building next to where he was. He always had a smile. Prayers for his family😔
Pam Strowman
Sorry to hear of George's passing. I remember George well as a neighbor at Acadia. May fond memories of his life bring you peace.
Mary Yochum
He touched so many lives including our Baxter Family..prayers for all.
Darlene Stone
My dearest friends spanning 40 years time~~remembering the dinners, camping trips, card games and the days of our children playing together at Acadia, then in Barnstead, NH. George was a wonderful husband, father, friend and neighbor! We will dearly miss your quick sense of humor~~love you all, cherished family~~George, Pam, Eric and Tara Janet Wills
Our sincere condolences to Pam and family. George was àn Inspiration his determination to do things set a great example for all.
Michelle Matthews
So sorry for your loss. May your Memories fill your days.
Michael & Donna Magrane
Our condolences to you and your family for this tragic loss.
Rick Mackay
My deepest heartfelt sympathies to Pam , Eric and family
A lot of laughs George! RIP
View all