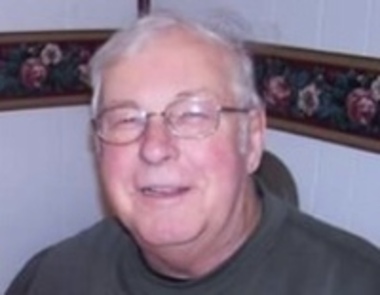 Back to Dale's story

Newburyport, MA - Dale H. Snowdon Sr. passed away peacefully in his home on Monday, January 13, 2020, after a long battle with COPD.
Born October 1, 1934, in Everett, Mass., to the late William O. Snowdon Sr. and Margaret (Read) Snowdon. He was one of six children. Dale graduated from Everett High School in 1953. After graduation he proudly served his country for 43 years in the Army National Guard.
Dale married the love of his life Mary E. (Hayden) Snowdon on February 27, 1966, and settled in Newburyport where they raised their five children.
An avid outdoorsman he enjoyed hunting, fishing, camping, traveling, and especially loved spending time with his children, grandchildren, and great-grandchildren. Dale will be remembered for this sense of humor and devotion to his family.
He leaves behind his beloved wife of 54 years Mary; his two sons Donald Snowdon and his wife Brenda, Dale H. Snowdon Jr. and his wife Melissa; three daughters, Joanne (Snowdon ) Brazenos, Kathryn (Snowdon) Kelleher and Amy (Snowdon) Holleran. Eight grandchildren, Donald Brazenos, Elizabeth Snowdon, Holly Snowdon, Derek Kelleher, Ryan Snowdon, Jaelyn Kelleher, Katelyn Holleran, and Taryn Holleran; and two great-grandchildren Siren and Sydney Brazenos.
Dale was predeceased by his parents, William O. Snowdon Sr. and Margaret (Read) Snowdon; and his five siblings Harris Snowdon, Ann (Snowdon) Charpentier, Alton Snowdon, William O. Snowdon Jr. and Donald Snowdon, who passed away as an infant.
Arrangements:
St. Anna's Chapel at St. Paul's Episcopal Church 166 High Street, Newburyport, MA. On Sunday, January 19, a visiting hour will be held in the chapel at 1 p.m. followed by a memorial service at 2 p.m. A Celebration of Life following the church service will be at the Elks Hall, 25 Low Street, Newburyport.
Published on January 14, 2020
To send flowers to the family of Dale Hughes Snowdon Sr., please visit Tribute Store.

Send flowers
in memory of Dale

A place to share condolences and memories.
The guestbook expires on April 12, 2020.

America the Beautiful was purchased for the family of Dale Hughes Snowdon Sr. by From 157 SSS Family.  Send flowers