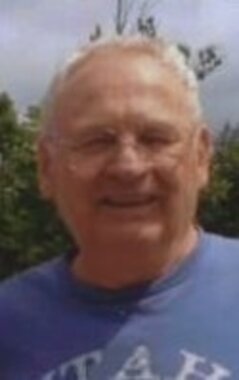 Back to Carlisle's story

E. Kingston, NH - Carlisle I. Mosley, 82, of East Kingston, NH, died peacefully in his sleep at his home on Friday, February 21, 2020, surrounded by family.
"Carlie" was born February 26, 1937 at Amesbury Hospital, and was raised in Amesbury, the son of the late Bernard and Edith (Carlisle) Mosley.
He was educated in Amesbury at the Whittier School, Amesbury Junior High School, and Amesbury Senior High School, and graduated from high school on June 12, 1955.
A gifted athlete, Carl was captain of the Amesbury High School football team in 1954 and played hockey and baseball, as well. He loved to ski, and his skill on the slopes was well-known in the region and beyond.
Carl enlisted in the U.S. Army in 1955, achieving the rank of corporal.
While in the Army, he won the 1957 Southern European Task Force Ski Championship Slalom and was one of six members of the Cincenza special ski troop team which won first place in the SETAF Ski Championship competition at Monte Bondone, Italy. He also won medals for finishing in second place in the giant slalom and in third place in the downhill.
He received an Honorable Discharge in 1961 after three years in the Army Reserves. He worked for many years for Massachusetts Electric and the New England Electric System before his retirement.
Carl and his wife of 61 years, Carol (Hanley) Mosley, lived and raised their family in Amesbury until moving to East Kingston.
His civic work included stints with the Amesbury Industrial Commission and as a member of the board of directors of the Amesbury Red Cross.
The family has fond memories of watching Carl play softball in town leagues, including many happy years with the fun-loving Polish Club.
Carl was a fixture in youth sports in Amesbury, coaching baseball and hockey, and serving on various governing boards for those organizations. In 1995, he was honored to receive the Alphonse J. Picard Award "for years of service and dedication to Amesbury Youth Hockey."
In addition to his parents, Carl was predeceased by his sister Barbara Welch of Amesbury.
He is survived by his wife, Carol; son, Carl and wife, Kim, of West Newbury; son, Glenn and wife, Sheri, of Moscow, ID; son Jay and wife, Carmen, of Henderson, Nevada; daughter, Erin of New Orleans, LA; sister, Helen Ouellet of Exeter, NH; and one of the great joys of his life, his grandchildren, Keith, Sarah, and Samantha Mosley; Lauren Mosley; Nicholas, Daniel, and Joseph Colter; and Jarynn and Boston Brimhall. He is also survived by many nieces, nephews, cousins and friends.
Carl is greatly missed by all, remembered as a warm, funny, loving, and generous family man and friend.
Arrangements: Cremation, with a Celebration of Life at a later date.
In lieu of flowers, memorial gifts may be made to Rockingham Visiting Nurse Association and Hospice, 137 Epping Road, Exeter, NH, 03833; the Skip Jutras Memorial Scholarship at Amesbury High School, or the Larry Fournier Memorial Scholarship at Amesbury High School, at Amesbury Public Schools, 5 Highland Street, Amesbury, MA, 01913.
Arrangements are by the E.V. Jutras & Sons Funeral Home in Amesbury.
Published on February 27, 2020
To plant a tree in memory of Carlisle I. "Carlie" Mosley, please visit Tribute Store.

Plant a tree in memory
of Carlisle

A place to share condolences and memories.
The guestbook expires on May 26, 2020.

George Gatcomb
Will miss his smile watching his sons play hockey.
Maureen Cote
Dear Carol & Family,
(aka Pie)
My heart is sadden at the passing of Carlie. To think we were in high school about 66 years ago and now we are neighbors in East Kingston.
Carlie will be missed by many. This will be a difficult time for you and your family. Soon time will help heal and good memories will replace sad ones for you and your family. Always remember your neighbors are here for you. God bless you and yours
Maureen
Bill & Laureen Brown
So sorry to hear of Carl's passing. Thinking of all of you . Love & hugs to all!
Marlene Hemingway
Dearest Carol, I was so saddened to hear of Carlie’s passing. I will always remember bumping into you both on the slopes of Attitash. Carlie gave me some great ski advice and we enjoyed an unexpected incredible day of skiing together. He will be sorely missed. Hugs, Marlene
Pauline Macey
Pie and whole family. Im soo sorry for the great Loss of Carly. I was a friend of Carly 's for many many years. We were neighbors. He would wait for me in the morning and we would walk alll the way to school together. As we were walking the Principle of the school would drive by us every day. On cold days we think please stop. Of course he never did and we would just trudge along. He was a great guy and will be missed. You were lucky to have him. My thoughts and sympathies to all of you. Hey Carly Rest in Peace
View all 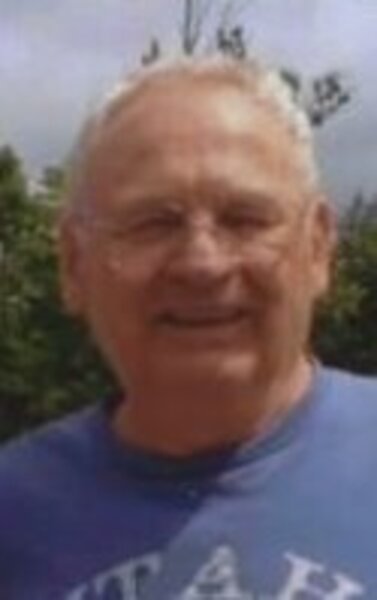