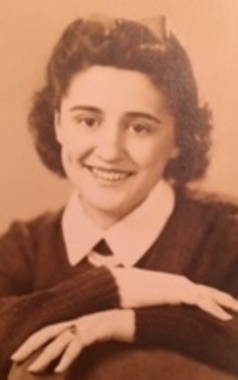 Back to Aline's story

Springfield, MA - Aline Therese (Poulin) Cormier, a lifelong resident of Amesbury, Mass., died in the comfort of her daughter's home in Springfield, Mass., on February 16, 2020, with her loving family around her. She was born August 15, 1922, at 6 School St., moving to 66 Market St., when she was six years old and where she remained until she married. There she and her musical family enjoyed many great times singing and playing instruments. While in high school, at about 16 years old, she and her younger sisters became well known locally as "The Poulin Sisters," singing at local events, the Portsmouth Navy Yard, Fort Devens, and live on the radio WLAW for about 10 years and during WWII. Aline often played the piano for their performances. Their last engagement was singing at a mayoral event in Newburyport. Many of her memories remained vivid of this period of her life that had brought her immense enjoyment as well as recollections of WWII. During high school, she was also a member of the St. Jean's Drill team. Aline worked for Henschel's in Amesbury winding wires for submarine rotors during the war, then as a secretary at the hat shop, followed by secretary at Western Electric Telephone Co.
Aline married Tilman (Bud) H. Cormier Jr. in 1954, and following the birth of their first daughter Ellen, she became a homemaker. Aline was ultra-protective of her four children, and never wavered in her fierce love for them. Not only did she continue to express her love of her parents, sisters and brothers, she also unconditionally loved all her nieces and nephews dearly, making her a very special person to be around. She enjoyed being very active well into her 80s, including spending time with her grandchildren, mowing her lawn, going to the beach, shopping, and taking care of her numerous pets whom she showered with attention.
She will be greatly missed by her children Ellen Cormier, Patricia Cormier-Potter and her husband Brian, James Cormier, and Richard Cormier and his wife Michelle. Cherishing wonderful memories of times spent with her are her grandchildren Lexie, Matthew, Joseph, Zoe, Molly, and Hannah; and great-grandchildren Dennis and Cora. She also leaves her sister Dolores Goodwin, sisters-in-law Mary Cormier and Marion Pitts; brother-in-law Frank Cormier; and her son-in-law Stan Czerwinski. She was predeceased by her husband Bud; sisters Elizabeth Jardine, Lorraine Antille, and Lucille LeBlanc; brothers Edmond and Henry Poulin; and granddaughter Kelly Czerwinski.
.


A funeral Mass will be held on Thursday, Feb. 20, 2020, at 10:30 a.m. at Holy Family Parish Church, 2 School St., in Amesbury, with burial immediately following at St. Joseph's Cemetery. A gathering will follow at the parish hall. Donations may be made to Merrimack Valley Hospice Lawrence, Baystate Hospice Springfield, or the Merrimack River Feline Rescue. Arrangements are through E.V. Jutras and Sons Funeral Home in Amesbury, Mass.
Published on February 18, 2020
To plant a tree in memory of Aline Therese Cormier, please visit Tribute Store.

Plant a tree in memory
of Aline

A place to share condolences and memories.
The guestbook expires on May 17, 2020.

Lana and Fred
Please know our sincere thoughts and prayers are with you and all of your family. ‘Grammy’‘lived a very long , and productive life . She had wonderful children, grandchildren, and great grandchildren. She is looking down upon u all now , with a smile on her face. May she rest nun peace.
Tribute Store

Beautiful Whisper was purchased for the family of Aline Therese Cormier by Tribute Store.  Send flowers 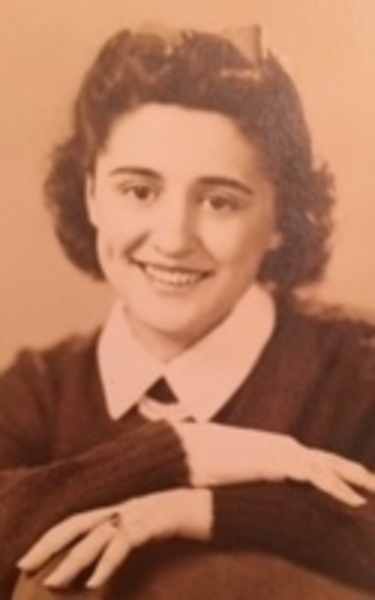